Back in January of 2012, John used the “January Effect” to predict where the major indices will be by the end of the year, either up or down compared to where they were at the start:

“…the last day of trading in January 2012 closed higher as compared to the opening price on January 3, 2012. This gives us a strong indication that 2012 will end higher (in December) as a bullish year because of January’s activity.”

Well, here we are.  And what does the ES, an equity index futures contract, look like for 2012? 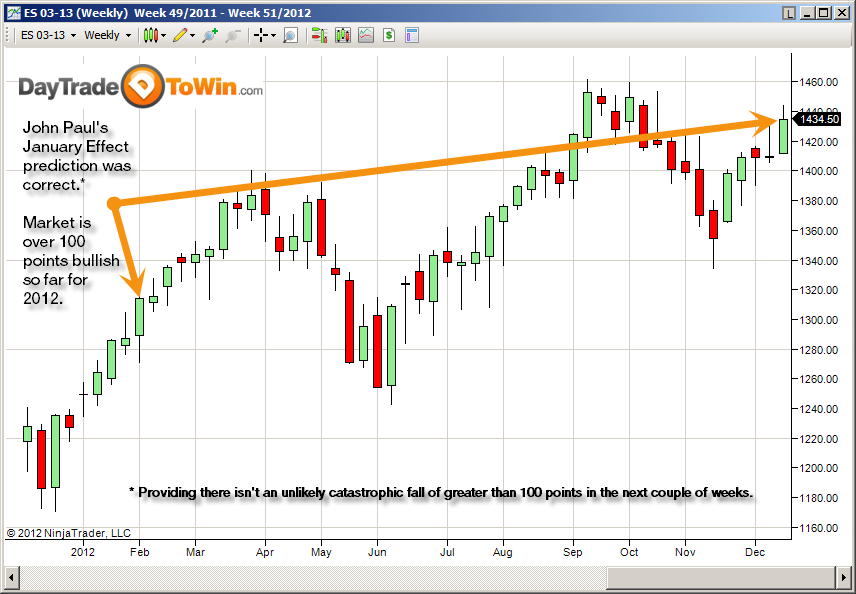 As the image indicates, the E-mini S&P 500 shows that price has climbed over 100 points to its current position since the end of January, thus confirming John Paul’s prediction is correct.  The year isn’t over yet, but the chances of a 100+ point catastrophic drop are incredibly low.

Based on the long-term reliability of the January Effect, professional traders and economists can confidently buy when price is low to great advantage.  You can bet that we’ll be watching what January 2013 indicates for the upcoming year’s bullish or bearish trend!