Here’s our latest video for the January Effect in 2018. Markets are down, but will they recover? Watch the video to see a prediction.

On January 22, 2018, CNN Money published a story about the big S&P, basically remarking how calm the market has been. The article states, “Whether it’s the brief government shutdown, turmoil in the White House or North Korea nuclear jitters, nothing seems to faze this stock market.”

Boy, were they wrong! 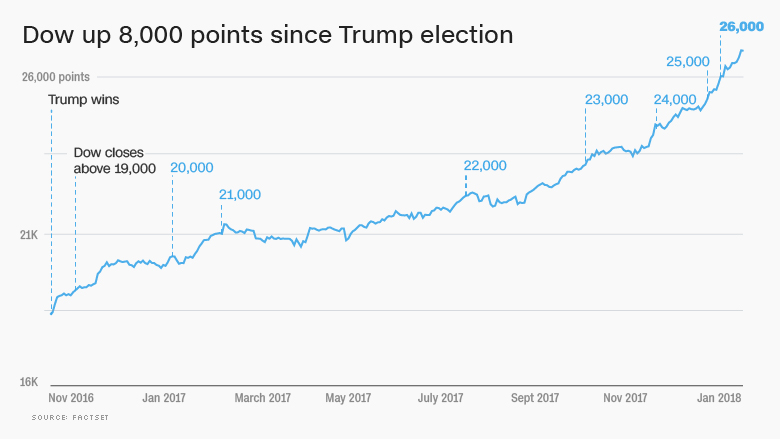 Within about two weeks, the market radically changed. January 29, 2018 was a unique day. As confirmed using an E-mini S&P 500 chart, it was both the highest point the market reached (2877) as well as the start of one of the biggest price falls in recent history. Just eight days later on February 6, price had reached to 2529. This was a 348-point drop in nearly one week. For the Dow, in terms of points, February 5 was the biggest intraday drop in history. 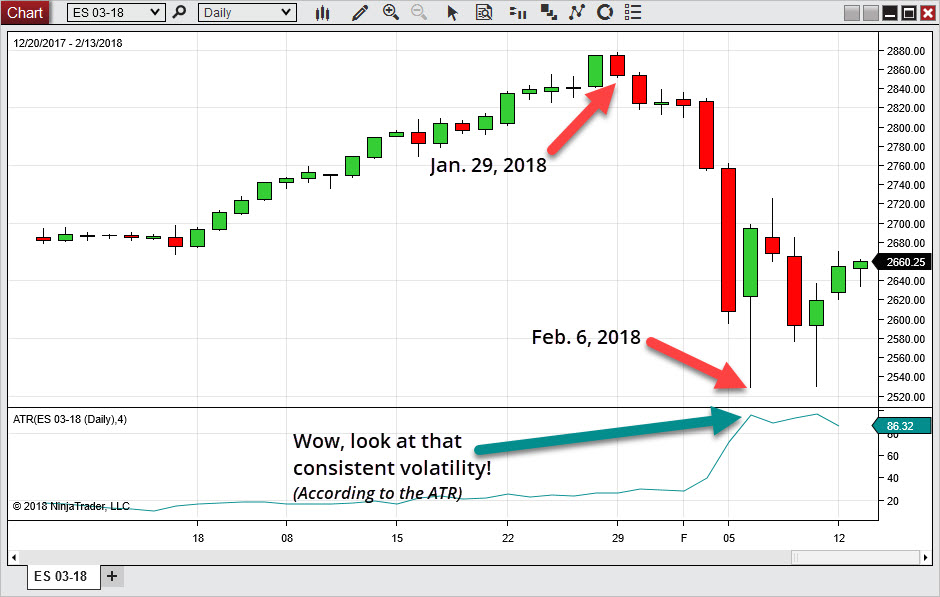 …The market was fazed. What happened?

Firstly, there’s a reason why we look at the E-mini as an indicator of U.S. economic health. Remember, the E-mini S&P is a miniaturized futures version of the big S&P 500 stock market index. The big S&P is composed of 500+ U.S. stocks traded on American stock exchanges. In terms of capital, the big S&P covers about 80% of the American equity market. The E-mini’s daily average implied of over $100 billion exceeds the combined traded dollar volume of the big S&P’s 500+ stocks. The E-mini is the most popular equity index futures contract in the world. Therefore, the E-mini’s significant “losses” as of late are indicative of overall U.S. economic performance.

Let’s get back to what caused the collapse. According to reports, there was no smoking gun event that caused the markets to capsize.

There are competing causation theories:

• The market was on the rise since election time in November 2016. The market was due to come back down or regulate itself at some point, and this was it.

Taking these points into consideration as a whole, we can now determine the cause with some confidence. As a small, retail trader, there is not much you can do. Understand that your position is reactive – you can only control your own money – where it is placed and how it is traded with the best information that is available to you at a given time. That said, if you lost money due to the recent crash, do not be too hard on yourself. Trading involves great risk and dealing with the unforeseeable.

On the positive side, financial analysts are basically saying that these things happen. Buying when price is low and holding for some time until price is high is still considered to be one of the best ways to make money over the long haul, even with the market the way it is. Analysts are also saying this is not a recession and the market is just recalibrating itself, like a temporary pullback.

As for our DayTradeToWin.com trading methods, our indicators have provided many good signals despite the wild activity. As you may know, we use the ATR (Average True Range) to assess volatility. If the ATR is within one to four points, the volatility is considered normal. When the ATR is outside these values, the market is too slow or too volatile. You may want to stay out of the market until the ATR reaches normal levels.

If you’re new to our approach, you will need to set your ATR period to a value of four in order to see the ATR the same way. Many trading platforms include an ATR tool or indicator. By default, NinjaTrader uses a period value of 14, which may be too large to get an accurate picture of what’s happened in the last 20 minutes or so. By using a period of 4, the last 4 bars (20 minutes on a five-minute chart) are used, giving us a more recent picture of volatility, and in effect, tradability. Learn more about our unique trading methods here. 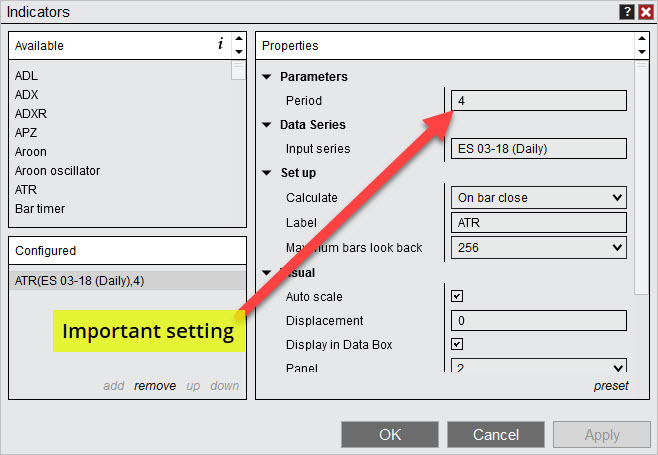