Want to know if the major U.S. indices will be higher at the end of this year than they are now?  With the January Effect, you can figure out the overall trend of U.S. indices with decent accuracy. Watch the video to learn how to take advantage of the expected upward movement.  The January Effect has been used by traders for many years to accurately determine long term strategies and optimum buy and sell points.  All you need to do is look at the first month of the year, January, and see how price behaved.  If price was up at the end of the January compared to the start, the same will hold true for the year. 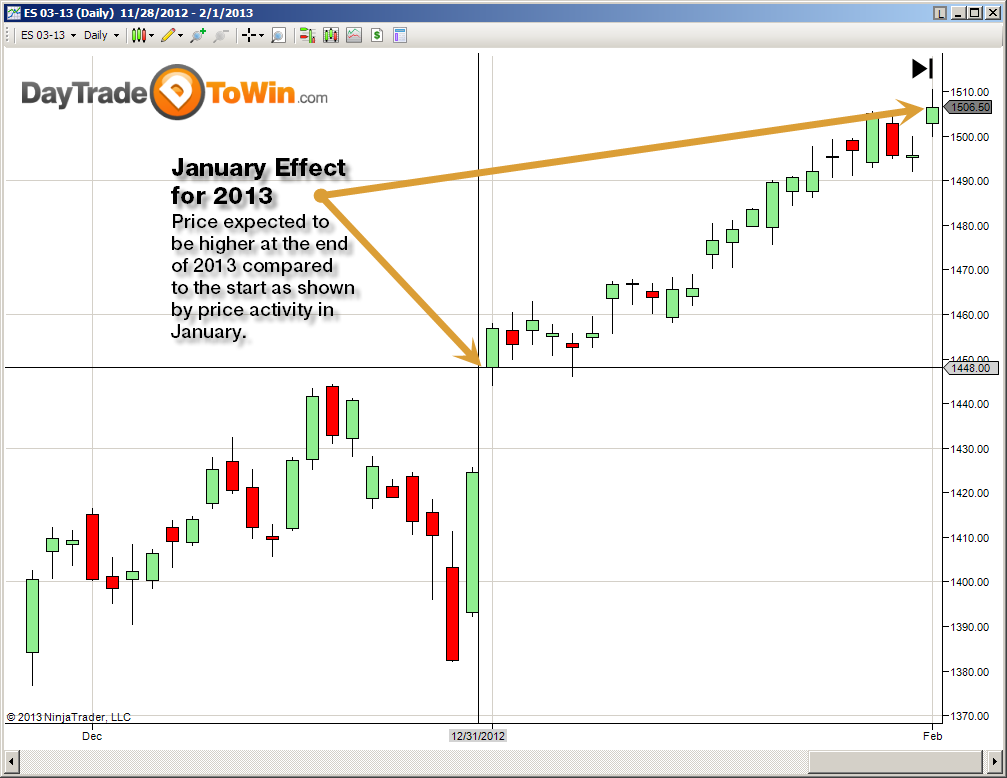 Again, another up year!  What can you do with this information?  Consider buying the market when price is at its lowest point with an expectation of an upward move later in the year. Watch out for pullbacks! John Paul will recommend an opportune buying time soon – keep checking back.  Note that the January Effect is not a guarantee, but has historically been very accurate.