Here are two more recent charts of great days using the Atlas Line and ATO 2 software. We like to use these two strategies together as part of Mentorship. They are also sold standalone on our courses page. It’s often a better deal to get lifetime licenses for both by enrolling in the Mentorship Program. Let’s jump right in so you can understand exactly what’s going on. 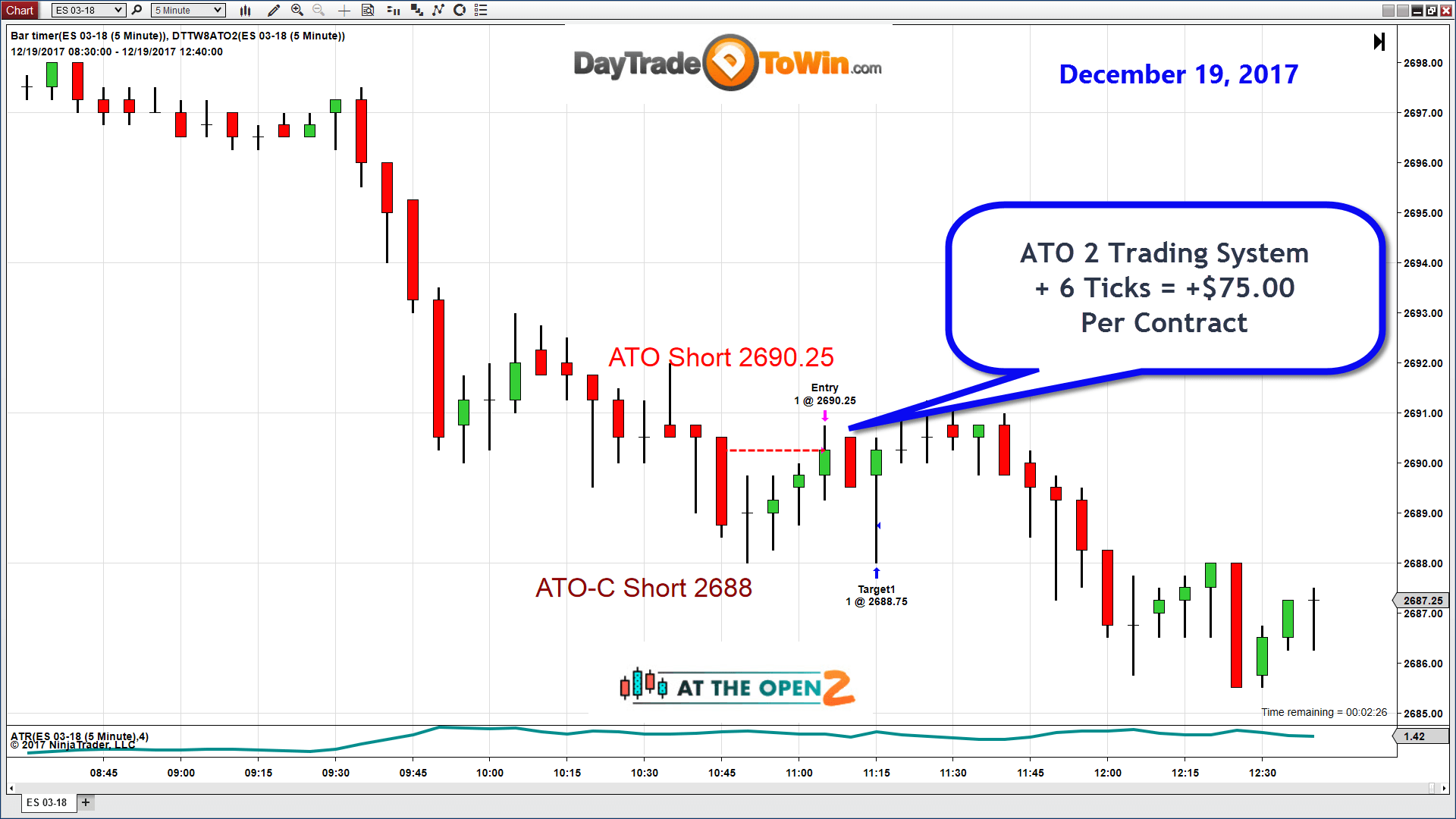 Many traders ask if using only the ATO 2 is a viable option. Yes, it certainly is. You will get about two signals per day on average. As seen here, the ATO 2 produced a six-tick winner. If you were trading one contract, excluded broker fees and were able to get in and out at the same times as John Paul, this winning trade would have been worth $75 using one contract. Remember that you can trade more contracts depending on your broker and how you have your account funded. This particular trade may have had you on the edge, as price started to rise after an ATO 2 short signal was given. Fortunately, the candle at 11:15 a.m. EST hit the profit target. The profit targets, trade management, and all other aspects of this strategy are fully explained. 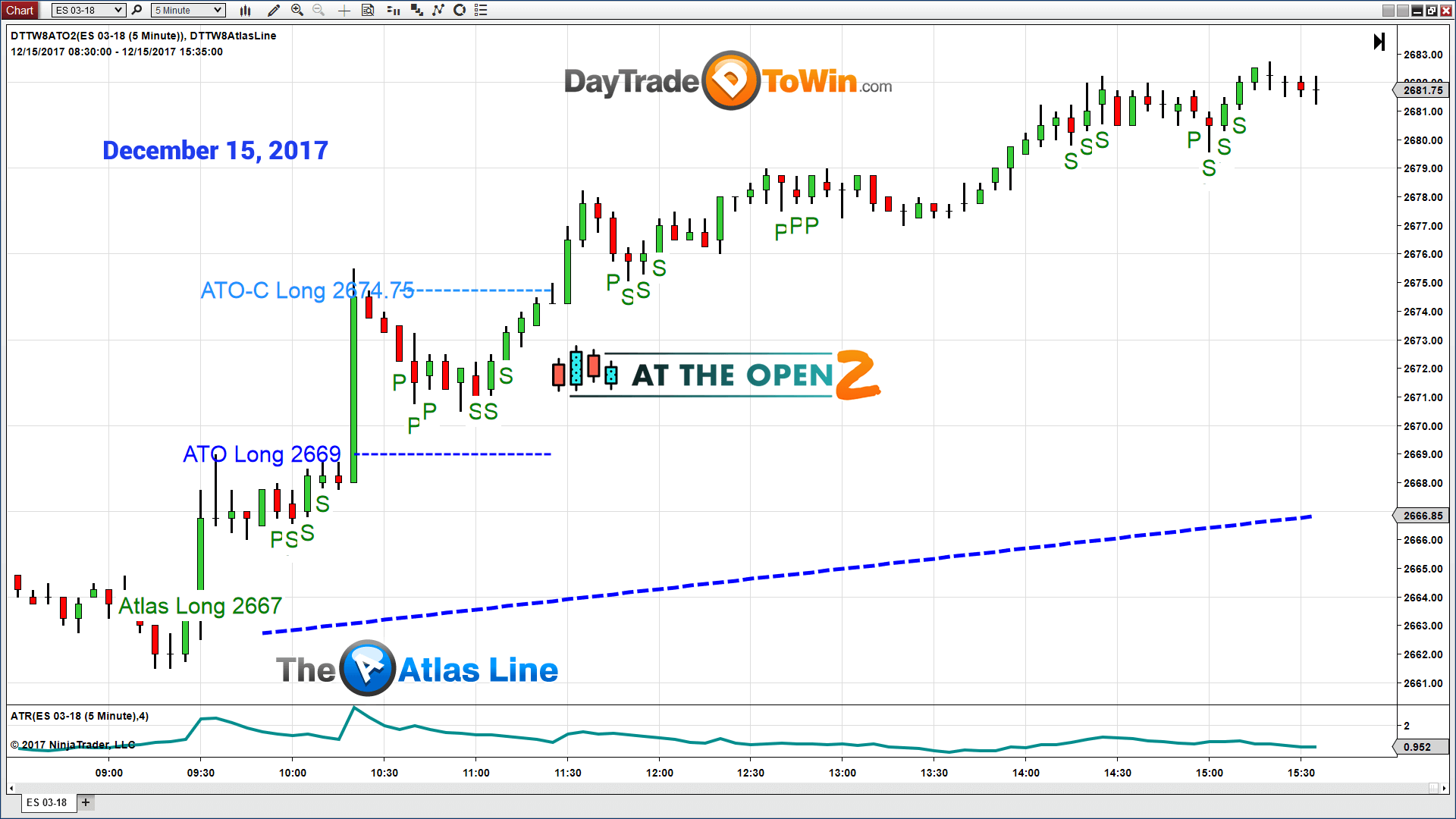 Look at this trending day. Both the ATO 2 and Atlas Line produced signals before the big moves occurred. The Atlas Line long signal appeared at around 9:55 a.m. EST. Even if you held onto the trade using the time-based stop strategy, it looks like it would have been a winner. Take a look at the size of the candle around 10:15 a.m. and the related ATO long signal. The ATR was around two points during that time, so that would have been the approximate profit target, which should have resulted in another winner. Lastly, we have an ATO 2 Trade Chaser signal (ATO-C) that appeared right before the decently-sized 11:30 a.m. candle. That should have been your third winner before noon.