You may recall a couple blog posts I wrote earlier in the year describing my expectations for U.S. indices. I described the January Effect, a way of predicting where U.S. indices will be valued at year’s end using closing values for January. To read exactly how the January Effect works, see the January, 30 2012 link below.

“…my prediction places the stock market up at the conclusion of 2012 as money flows into the U.S. However, it will not be pretty for the U.S. if Europe’s economy incurs major volatility. The resulting swings, as they would affect us traders, would be of great magnitude.”

“…the last day of trading in January 2012 closed higher as compared to the opening price on January 3, 2012. This gives us a strong indication that 2012 will end higher (in December) as a bullish year because of January’s activity.”

If you listen to the news media, you will most likely hear people saying that indices will head lower by year’s end – the complete opposite. These announcers and affiliated data analysts are most likely not using price data for their models. By following their statements, you would have missed the opportunities the January Effect has awarded us so far!

Take a look at the E-Mini right now in August. Price is near 1400.
Back at the end of January, price was near 1298. See the chart below.
Simple math indicates the January Effect is correct so far and would have been profitable for long-term positions. 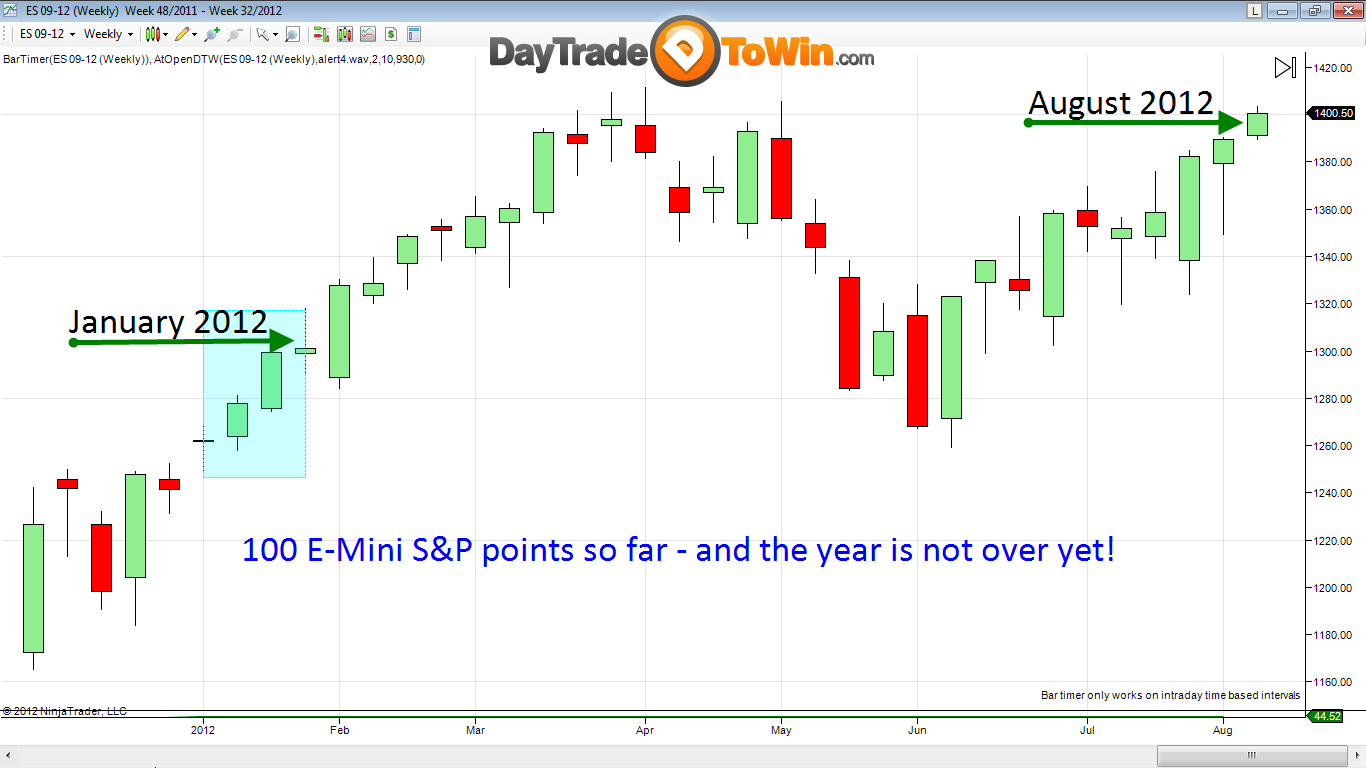 If you look back from January through March, you will see that price rallied. Right now, we are testing these highs. At present, any pullbacks that occur would be great buying opportunities, using the notion that higher highs are expected by the end of the year. Remember that the upcoming election will undoubtedly influence price greatly.