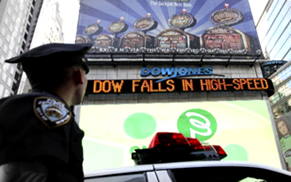 High frequency futures trader, Michael Coscia, has been found guilty on 12 accounts of fraud for “spoofing” market activity. He manipulated prices on the Chicago Mercantile Exchange by placing large, unfilled orders (spoofing) and placing smaller orders that were filled. He effectively created deficits in the market, allowing him to temporarily have some control over price in a specific direction. Predictable movement became quite profitable for Coscia.

Spoofing is an illegal practice. Corscia’s case was the first test of anti-spoofing law introduced by the 2010 Dodd Frank Act. High frequency and institutional traders watched the case closely to see if the law was even enforceable. This case is a landmark with potential use against others suspected of similar market deception.

Nine weeks of spoof trading CME futures markets in 2011 earning Coscia’s company $1.9 million. By flooding the market with huge orders that were never intended to be executed, his computer program was able to act within a few thousandths of a second to take advantage of the spoofs. Regular, small profits became a lucrative business.

Coscia’s defense attorney stated his client was clever, called his actions victimless, and suggested the large companies were at fault for their losses. Jurors needed only one hour to unanimously convict Coscia of illegal “bait and switch” tactics. He now faces up to 25 years in prison.

Experts believe Coscia was not a lone wolf – many more spoof traders are believed to be out there.

What do you think?