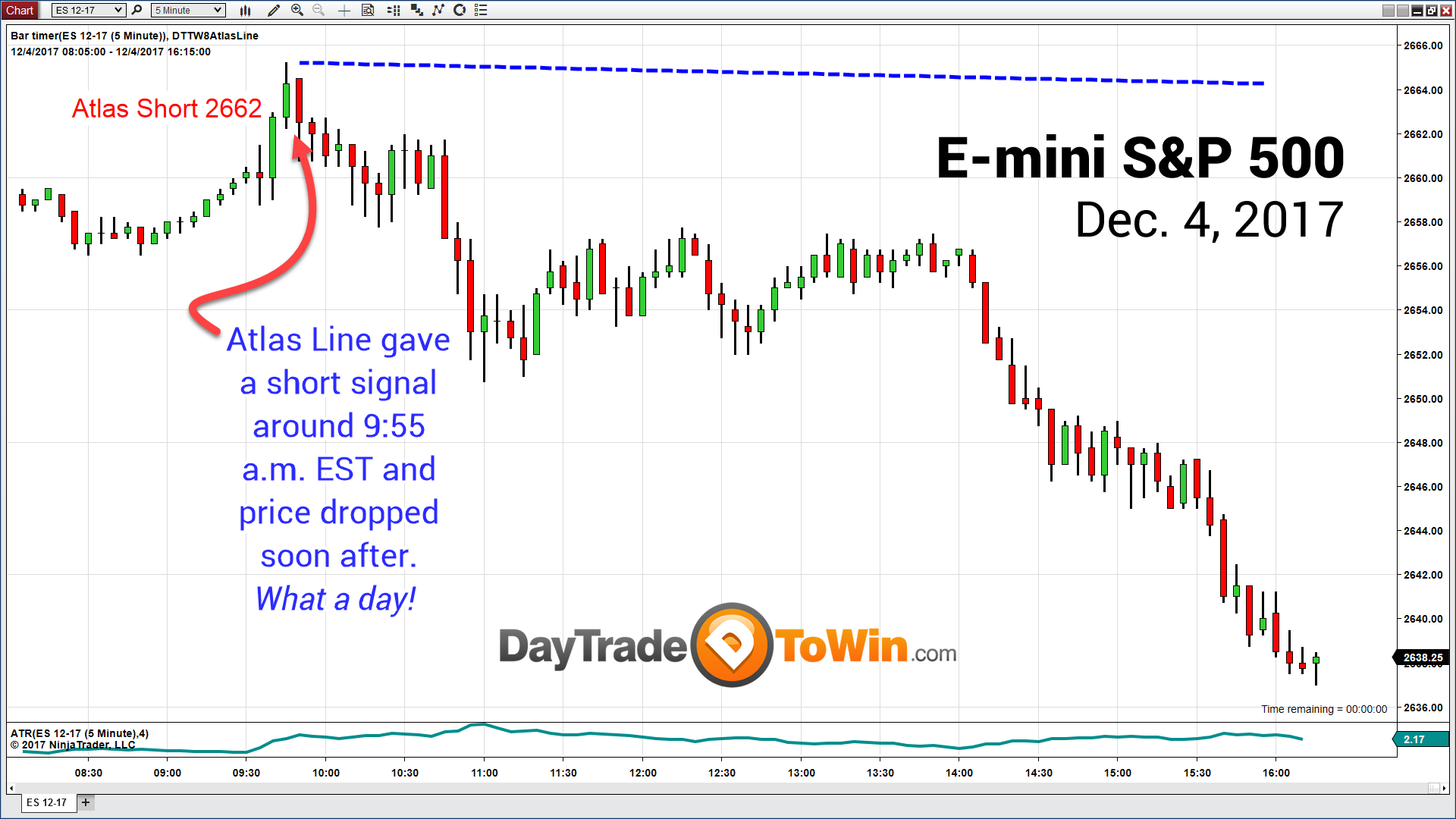 What a great day for the Atlas Line software. This morning around 9:55 a.m. EST (UTC-5), the Atlas Line generated a short signal. The signal was generated at the close of the 9:55 a.m. candle when price reached 2662. Price continued to drop. If you held on to this trade according to the rules, you would have ended up with a winner. How much? Well, when the signal fired off, the ATR (Average True Range) was around 2.5. You can see the ATR value for yourself by adding the ATR indicator and using a period value of four. This 2.5 value is used for the profit target. The ATR stayed above two points for the remainder of the trade. The winning trade was worth over two points. Note that the Atlas Line did not produce any Strength or Pullback signals, even though the market trended down. However, if you used the ATO 2 software, you would have got in short again around 10:45 a.m. to ride another winning trade down.

What does the big picture look like? Switch to a daily chart and take a look at the high that was reached on Nov. 30, 2017. We could be witnessing the start of a move down the next few days. If that’s the case, we’re going to use the January Effect to look for bullish entry – the same as we’ve done multiple times this year. This may be one of the few January Effect trades that remain in 2017. If you’ve been on the fence about picking up the Atlas Line, now is the time to do it. It looks like there could be some big winners left in 2017. It’s also good to get familiar with the system now because we have a brand new year on the way that will be full of opportunities. Remember, there’s significant financial risk in trading and no guarantees of performance. Only trade with money you can afford to live without.